“The only difference between a flower and a weed is judgment.”
–Unknown

“The new normal” is a phrase that has been thrown around a lot recently but, when it comes to weddings, it is a return. Weddings were not always a lavish affair, they used to be more practical and— as much as it might hurt the die-hard romantics— a business arrangement more than anything. It wasn’t until the marriage of Queen Victoria to Prince Albert that weddings became an opportunity to show wealth. This transformed almost every aspect of the wedding ceremony, every aspect except flowers.

White dresses, ice sculptures and multi course meals may be relatively new to wedding tradition but flowers are not. The tradition of flowers on the wedding day have roots back in Ancient Rome where brides would carry flowers or wear garlands to signify new beginnings, fidelity and hope of fertility. In the Middle Ages, strong smelling herbs were carried instead of flowers as the smell was thought to ward off evil spirits— dill was often carried because it was considered the herb of lust and would help the bride and groom on their wedding night. Queen Victoria was the one who introduced us to the bouquet as we know it today as she carried a tussie-mussie (a small circular bouquet) filled with moss and orange blossom. It was also during Victorian times that the language of flowers became popular and the flowers that a bride chose on her wedding day would become her flowers for life. The significance of flowers in weddings changed overtime and the aesthetic is more important today than the actual meaning of the flowers. 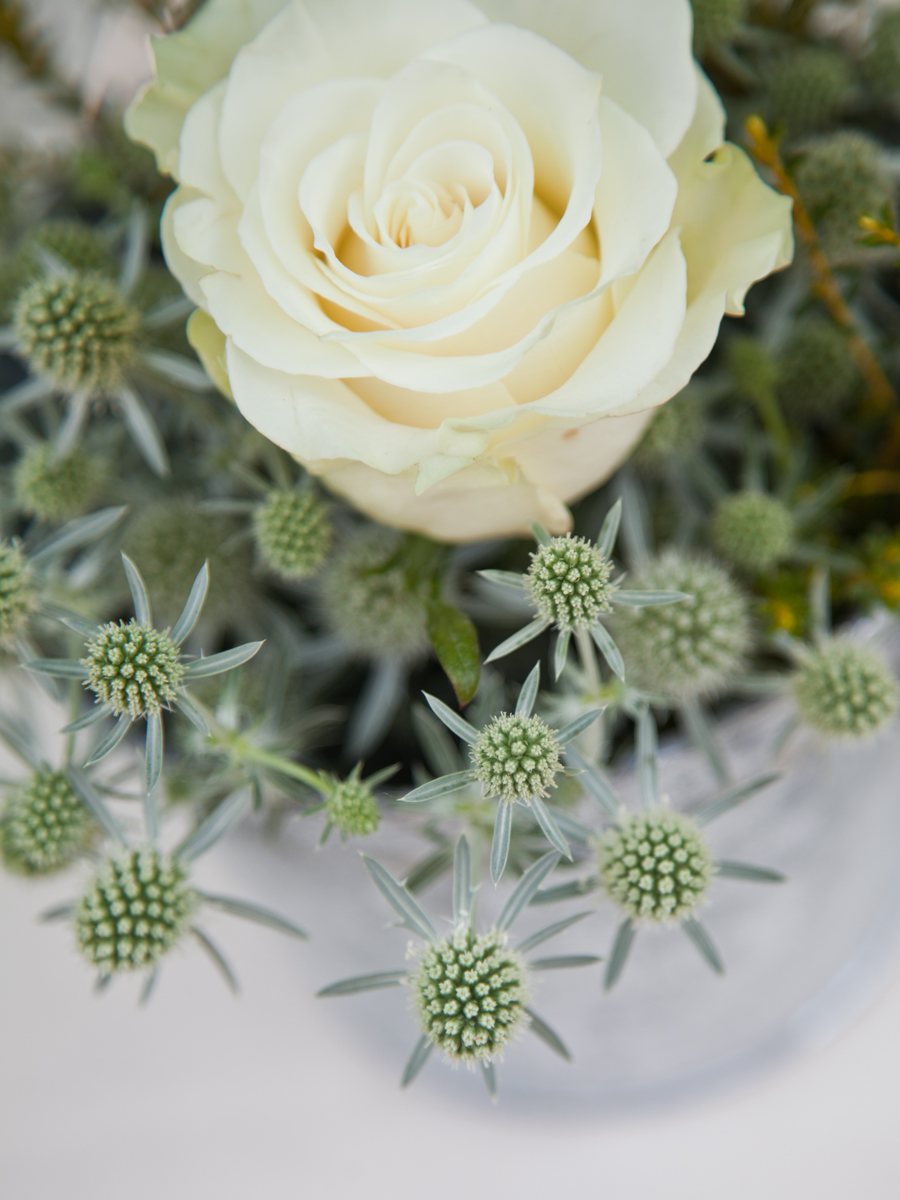 Living through a global pandemic changes things but it doesn’t change love, even though it might look a bit different now. Many weddings have been put on hold because of the crisis but others have persevered through the crisis and found a way to be together despite the difficulties. Flowers cannot be imported like they were before and people are turning to their own gardens to see what is possible

A wedding in Portland, with floral design done by Portland Bloem, focused on locally grown flowers that would enhance the ceremony rather than overtake it. In fact, the flower that you see all over the design is called Sea Holly (eryngium). This is a flower that can grow anywhere and despite the beautiful bloom, some people consider this flower a weed because of it’s hardiness.

The centerpieces are succulents, which are a new plant owner’s dream because they don’t require much attention to blossom.

The Bride’s bouquet is full of Shasta Daisies, dark pink Roses and Sea Holly. The bouquet looks natural in the bride’s hands, like she could have picked them all herself on her way down the aisle. 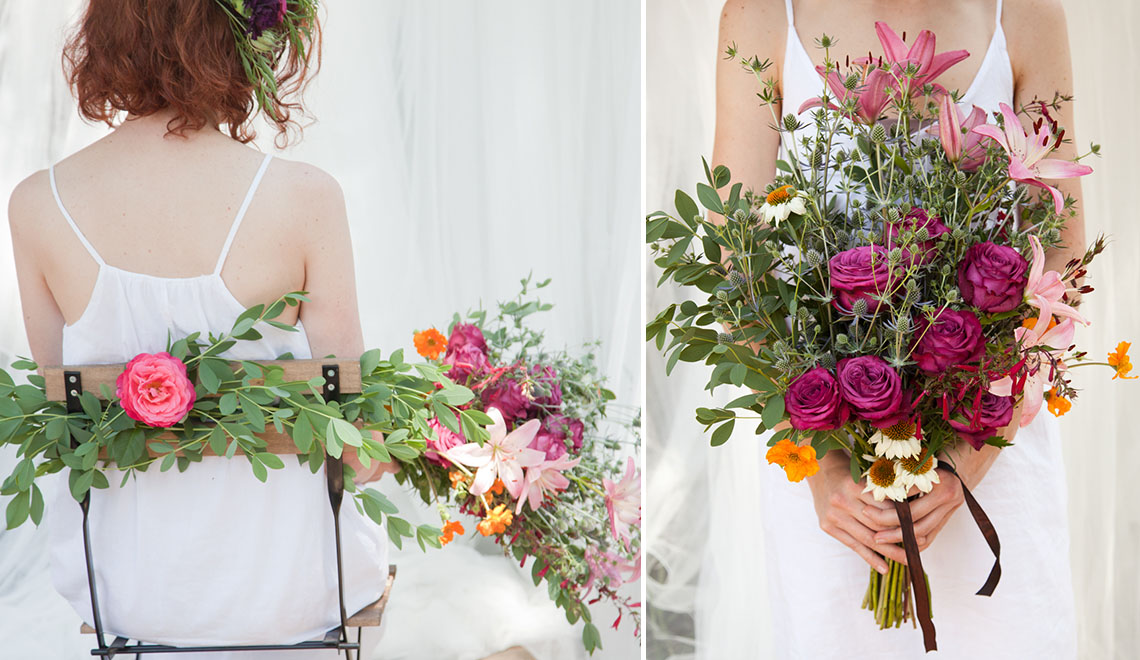 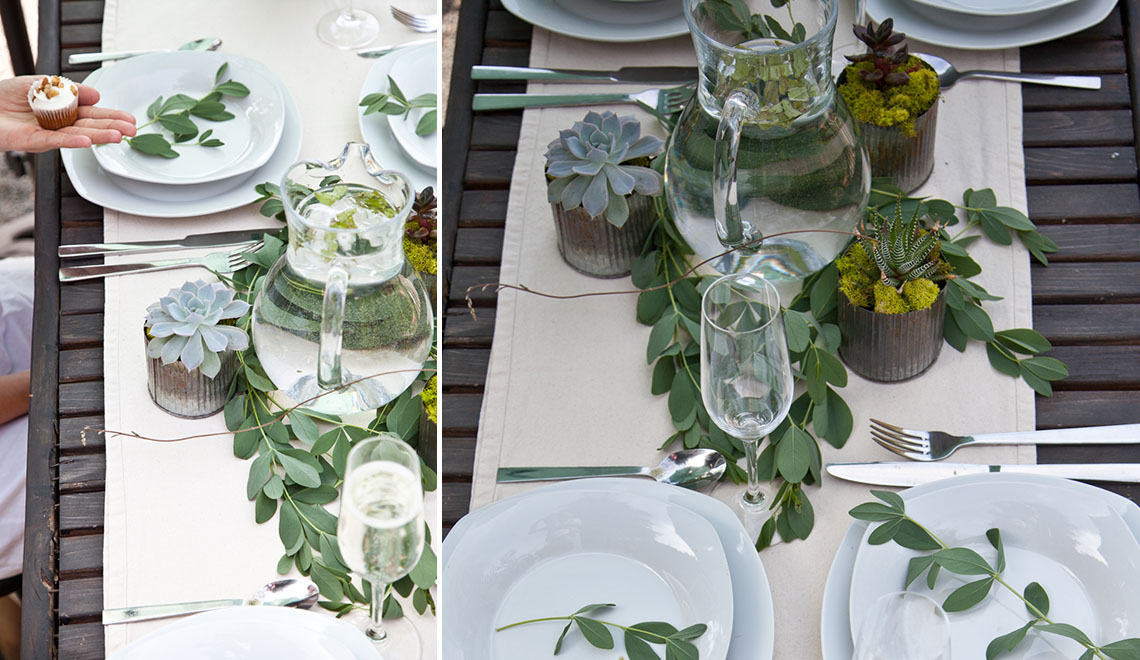 Similarly, there are roses and carnations in the bride’s hair piece. Roses are an enduring symbol of love as is the carnation— although some may call that a bit old fashioned. 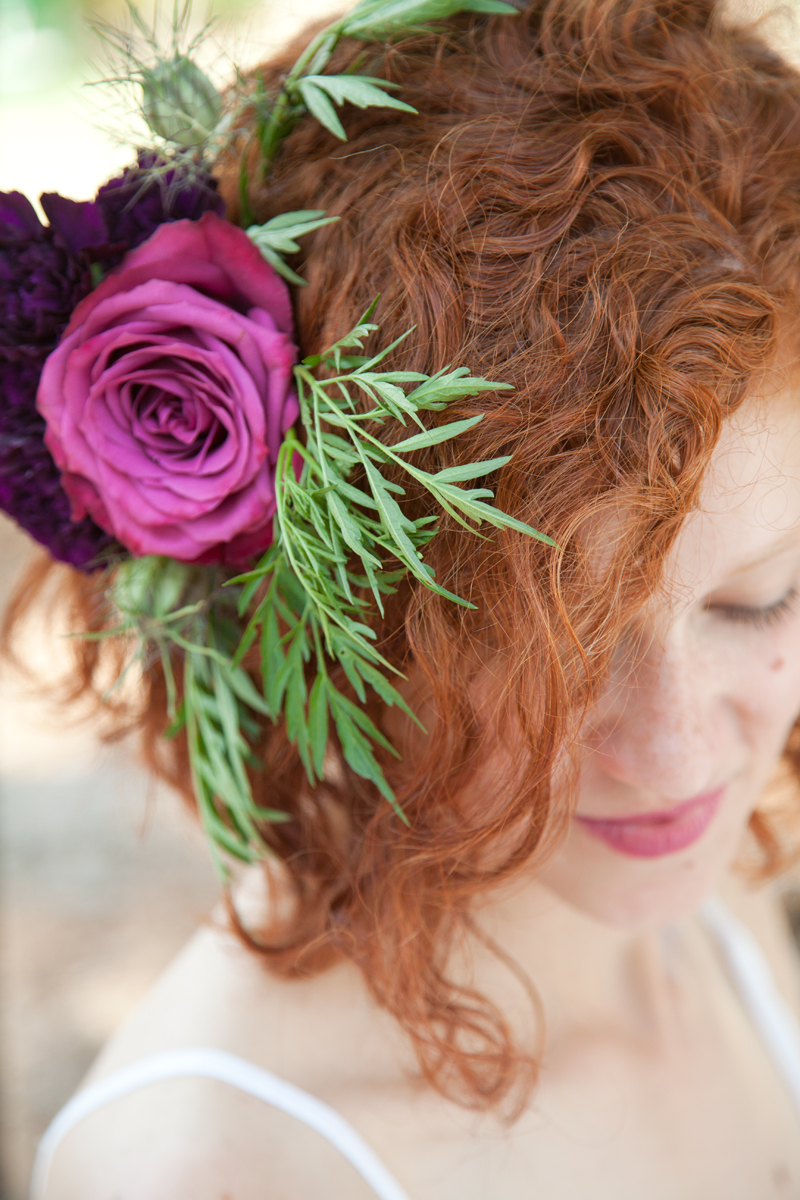 If there was one word to describe the message that these wedding flowers send, that word would be: everlasting. The flowers are not as exotic as an orchid but they are beauty that can be seen every day, a beauty that is enduring. Flowers have always been a symbol of love and during hard times, a symbol of hope. 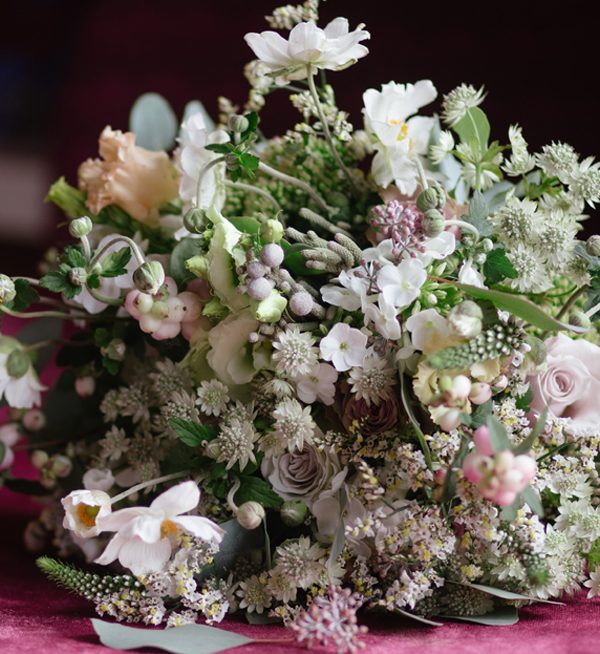 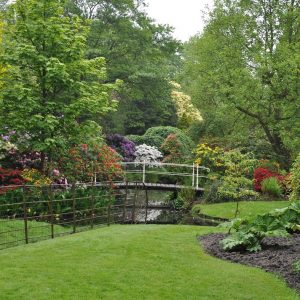