“A really well-made buttonhole is the only link between Art and Nature.”–Oscar Wilde.

When’s the last time you’ve seen a well-dressed man walking down the street sporting a flower—a boutonnière—in the buttonhole of his lapel?

Chances are, you simply haven’t, except for maybe at a wedding or some other exceedingly formal occasion. In fact, you’re just as unlikely to spot a boutonnière on the red carpet, even though it was once an inescapable part of the outfit of male stars during the golden age of Hollywood. For instance Fred Astaire, one of Hollywood’s best-dressed gentlemen, was rarely seen onscreen without a large white carnation, accenting his signature coat, top hat, and tails. Gary Cooper and Cary Grant, the matinee idols of their time, were also occasionally spotted with carnations affectionately hugging their lapels.

Believe it or not, the sheer absence of flowers from masculine formal wear demonstrates that our contemporary culture is not nearly as tolerant and accepting of flowers as it has been in the past.

Our age is gender-polarized, with flowers being coded as a distinctively “feminine” fashion accessory or piece of décor. A woman may wear a rose or receive one from a man without the slightest hint of scandal—in fact, she is likely to be perceived as more feminine with a flower than without. But a man who bravely dons a carnation outside of a wedding is likely to be hit with accusations of being a particularly unmanly fop or dandy.

But if the past has anything to teach us, it’s that the flower is far from belonging exclusively to the fairer sex. We need look no further than Oscar Wilde, the nineteenth-century author of The Picture of Dorian Gray, for a stunning example of just how masculine flowers can be.

All throughout his controversial career the media regularly lampooned, satirized and denigrated the great artist and performer as “effeminate,” due in large part to his manner of dress—particularly his choice of flowers.

Although flowers were just as popular among Victorian men as they were among women,—a whole color-based code dictated which kind of flower a gentleman ought to send their beloved or bereaved—Wilde converted what was once merely an accessory into and a wider symbol of decadent masculinity.

Wilde made a name for himself in America not by striking gold in the Rocky Mountains of California, but by ferrying around a sunflower wherever he went. He embarked on a year-long tour of the States for the ostensible purpose of lecturing on topics such as “The English Renaissance,” but the public and the press were far more interested in what the floral fop was wearing and carrying.

When American reporters flocked to the wild aesthete’s hotel rooms, they found him buried in an impressive array of lilies and sunflowers. Indeed, Wilde caused such a stir that he incited the youth, whom he so often celebrated for clinging to the beautiful things in life, to satirize him: at one lecture in Boston, sixty students from Harvard marched in carrying sunflowers and wearing shoulder-length wigs, cravats, and knee-breeches.

Ten years later, during the original run of his play Lady Windermere’s Fan, Wilde instructed one of the actors to wear a green carnation. His followers promptly followed suit, and in the public consciousness the dyed flower quickly became associated with the budding brand of aesthetes.

For Wilde, the flower represented the link between Art and Nature, especially when considered under the aspect of fashion accessory. A flower like the green carnation—which Wilde would have dyed before donning—is an irrefutable instance of Nature imitating Art rather than the other way around.

Moreover, Wilde managed to transform the green carnation, once popular among women as a breakfast-table flower, into one of the signature elements of the aesthetic movement, a movement in large part dominated by men! These flower-bearing fops were often artists or aspiring artists—a thoroughly masculine profession even in the nineteenth century.

Thus, while the popular culture often depicted aesthetes as emasculated by virtue of their addiction to fashion and flowers, what Wilde and his flower-bedecked aestheticism show is that there’s more than one way to conceive of masculinity. Being manly and wearing a flower in your buttonhole are not mutually exclusive states of being—indeed, the two can become practically inseparable if great care and attention is paid to the selection and symbolism of the flower.

In fact, Wilde’s brand of masculinity demanded that the (male) artist treat himself like a canvas and become a piece of art himself through the use of various accoutrements such as knee-breeches and flowers. What appeared to the public to be an effeminate fascination with fashion was actually a self-conscious artistic endeavor.

Although Oscar Wilde once sagely observed, “A flower blossoms for its own joy,” nothing stops us from taking joy in the blossoms of others…even when these blossoms happen to be in their buttonholes.

“A really well-made buttonhole is the only link between Art and Nature.” — Oscar Wilde. 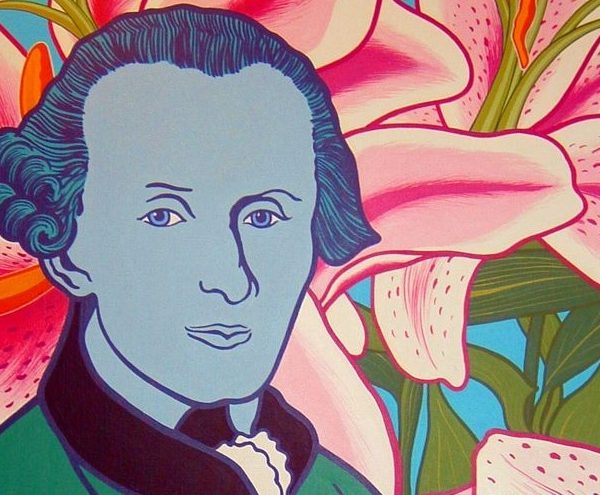 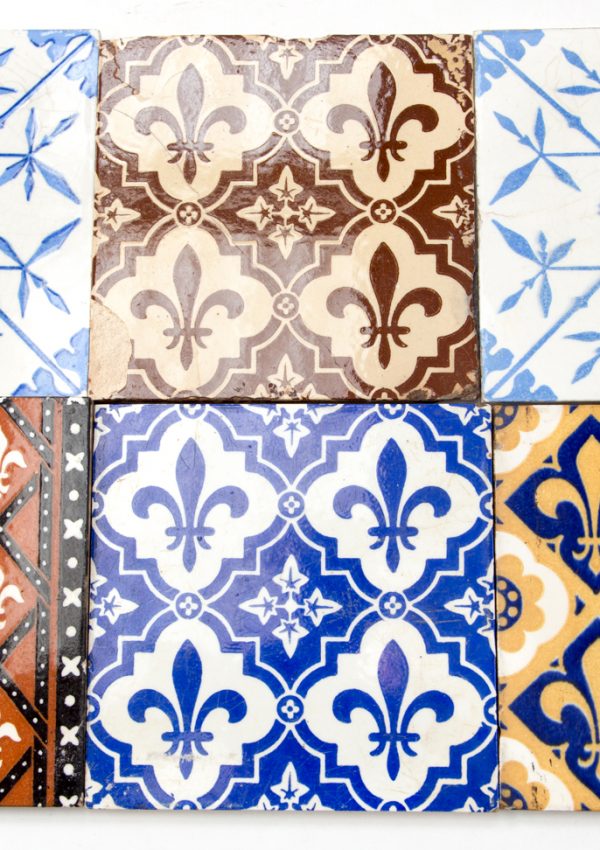 The Fleur-de-lis, Chivalry, and the Gothic Revival 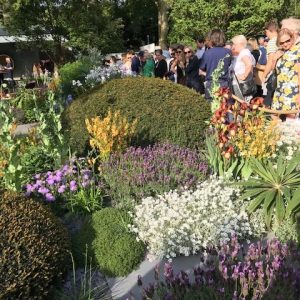 Letter from London: A Visit to RHS Chelsea Flower Show