On a warm and sunny weekday in London, there is no time to be languid. Office workers cram onto the smallest bit of grass to pick on their lunches, stripping off attire according to their daring, to sun themselves, however briefly. Hordes spill out of pubs onto the pavements—even during the sun’s slow retreat, they take their pints hurriedly. Off to dinner shortly, or home to the suburbs, or with theatre tickets to collect, there is no time to wait around long. 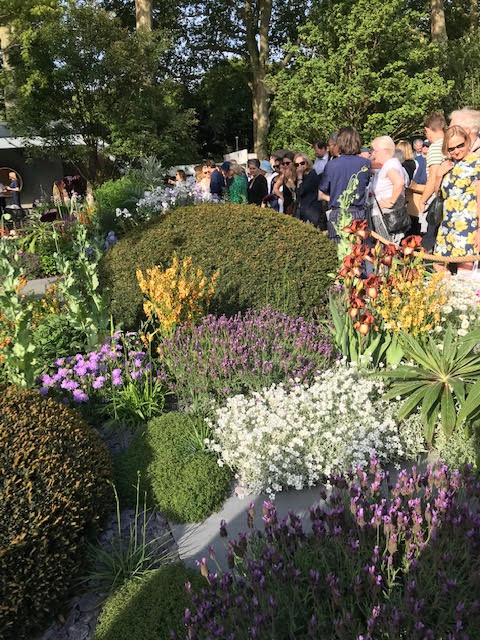 Even during a brief and precious heatwave, it’s a transactional town. A purposeful walk through Hampstead Heath or five-a-side in Regent’s Park might be in order, but only hippies linger long. Leisure in London summertime means the social season: horse races at Royal Ascot, rowing at Henley-upon-Thames, and the Polo (with the absurd spectacle of punters, champagne in hand, stomping divots at halftime).

These events were apparently once rarified, but no one can remember when. In line with today’s confluence of egalitarianism and late-stage capitalism, the season’s events are open to all, for the not insubstantial price of admission. They trade on their quintessential Englishness: unspoken rules of costume (honored more in the breach than in the observance), some prizes (accepted with studied nonchalance), along with lashings of Pimm’s and lemonade.  Inevitably, discreet badges signify association with the responsible royal society, and their corporate sponsors, private benefactors, media partners, charitable trusts and concerned government ministry.

And so it is at the Royal Horticultural Society Chelsea Flower Show. Over the week, the BBC has rolling coverage and a temporary edifice amongst the gardens. HM The Queen, RHS Patron, visits: an evergreen story. For those badgeless Londoners with enough foresight to have secured their tickets weeks or months in advance, there is the opportunity to don linen jackets or floral day dresses, bask in the sun, and reimagine the outdoor space at one’s country pile, or modest flat. 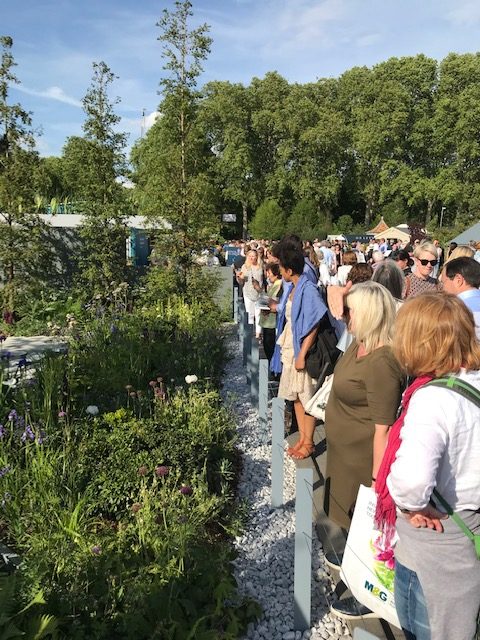 For plants, go inside the grand pavilion: to the bonsai master, the succulent specialist, the orchid tamer. There’s a chap with only carnivorous plants and another gloriously replete with vivid tropical specimens in full and simultaneous bloom. Head outside for cushy outdoor furniture, life-sized statuary in bronze and gleaming ride-on lawnmowers (stately home sold separately). Artisanal garden tools are available, as are embroidered fungi.

But besides the shopping, there are gardens on show. That’s rather the point. Not just gardens though. This is London, there is no time. They are paeans to brands, signals of virtue, displays of erudition.

A spanking monument to finance: the Morgan Stanley garden (gold medal winner) boasted a dining pod of dark wood, embellished with bronze and copper, set above a water feature. A pine tree, growing diagonally and buttressed by a wooden stool, leaned above flowers in lavender, coral and powder blue, and all surrounded by lush herbaceous borders. The whole thing was, reputedly, an experiment in sustainable circular economy. 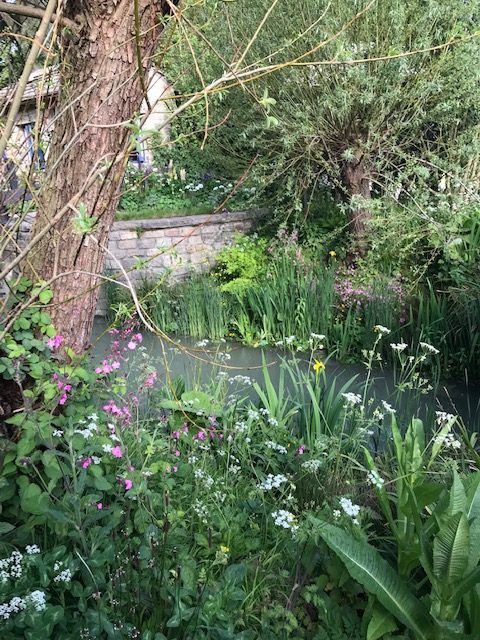 An apologia to autocrats: the Dubai Majlis garden recalled the ruling council of the United Arab Emirates, where political parties are banned. Earthen terraces resembling sand dunes featured pomegranate trees, sage brush, and woad. A sinuous reflecting pool appeared from nowhere, along with a People’s Choice Award (without apparent irony).

A gin palace: a hammock-like seat, wrought of copper, hung between a Japanese maple and an ornamental potted juniper. Water cascaded down a prettily etched glass screen, set before a fence of corrugated iron. Repurposed concrete pillars evoked the garden’s mission of greening the inner city, while a square-jawed blonde with flyers for Silent Pool evoked the garden’s mission to sell gin.

The Queen has the good sense to come a day before the crowds arrive. Common folks find themselves ten abreast and four deep before the show gardens, jostling for a photograph or just a decent peek. Women are advised to leave spectacularly elevated hats at home, in consideration of fellow patrons.

Nevertheless, in a quiet corner, in earshot of a temporary babbling brook or ersatz lock, with dappled shade and the scent of a thousand blooming flowers, there is something magical about Chelsea. Muddied tradesmen queue next to besuited financiers, all to catch a glimpse of the glories of nature artfully arranged, at the height of spring. 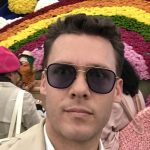 RICHARD FENNER advises UK and EU based institutions on government policy. He is based in London, UK. 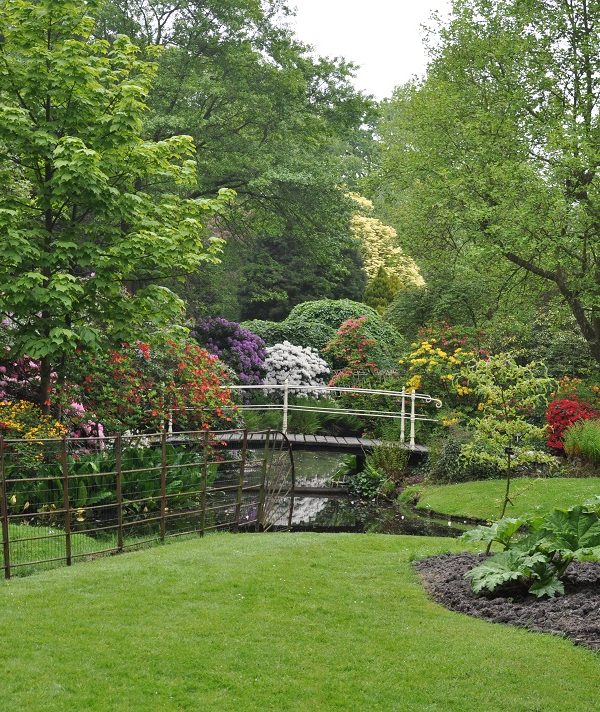 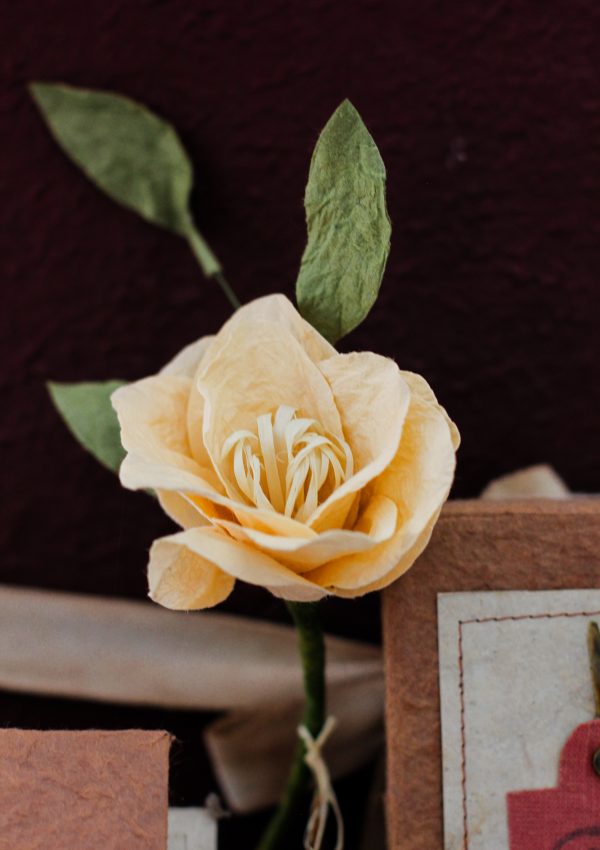 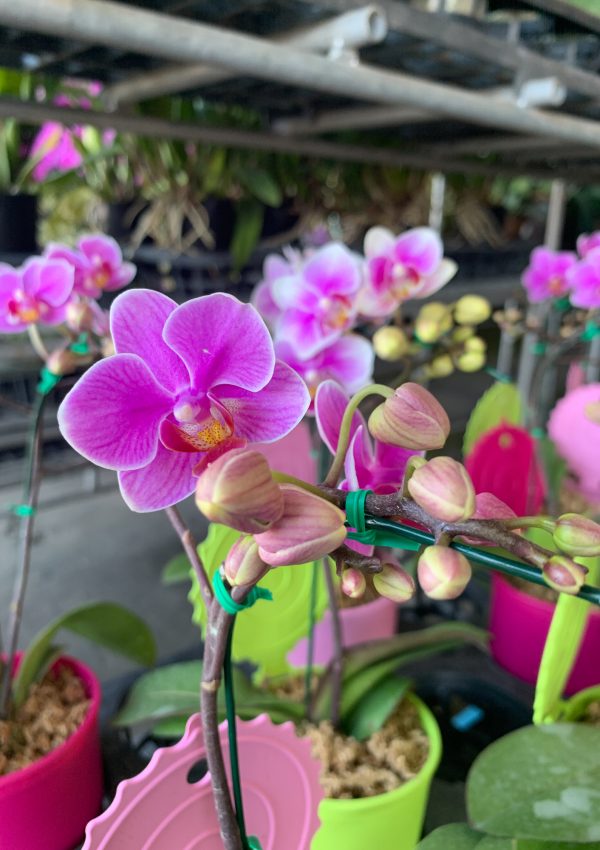 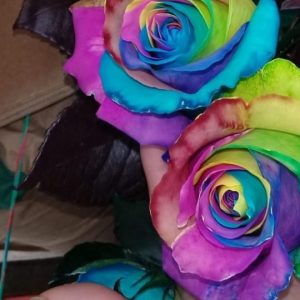